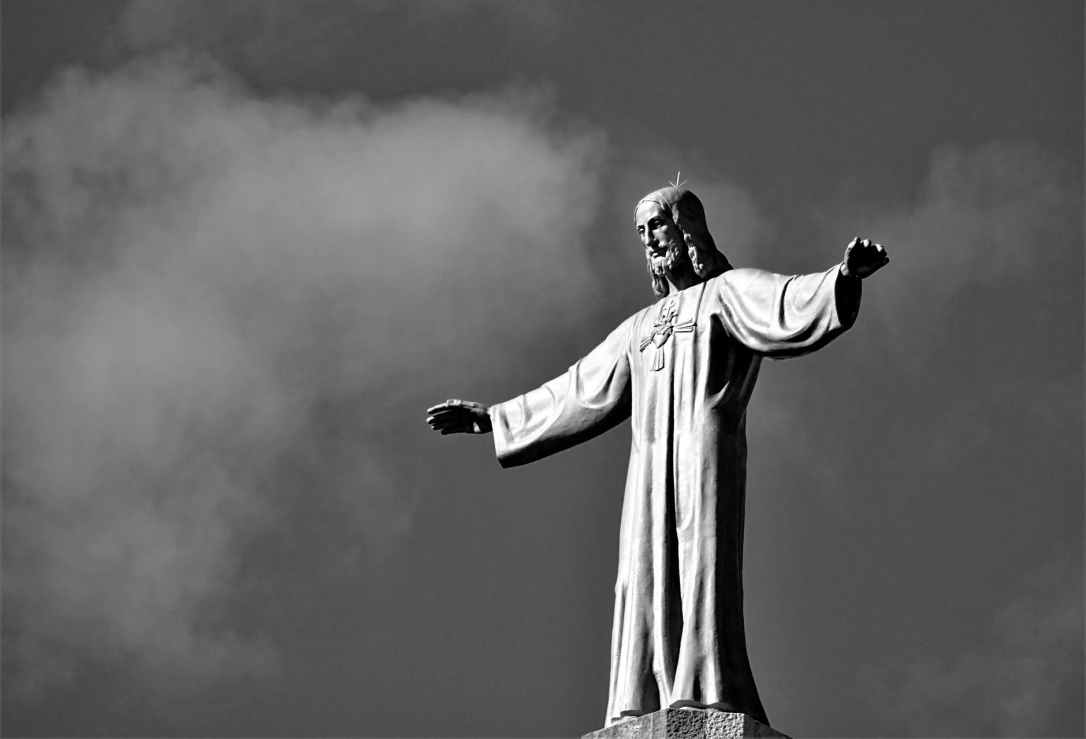 Photo by Juhasz Imre on Pexels.com

I think this is a loaded question.

Additionally, I think C.S Lewis said it best with this famous quote,

“I am trying here to prevent anyone saying the really foolish thing that people often say about Him: I’m ready to accept Jesus as a great moral teacher, but I don’t accept his claim to be God. That is the one thing we must not say. A man who was merely a man and said the sort of things Jesus said would not be a great moral teacher. He would either be a lunatic — on the level with the man who says he is a poached egg — or else he would be the Devil of Hell. You must make your choice. Either this man was, and is, the Son of God, or else a madman or something worse. You can shut him up for a fool, you can spit at him and kill him as a demon or you can fall at his feet and call him Lord and God, but let us not come with any patronizing nonsense about his being a great human teacher. He has not left that open to us. He did not intend to.”

If the deductive arguments are true for the life, death and resurrection of the Christ, it simply becomes a land mine. The conclusion is always explosive and even damaging. Given its ramifications, we will never walk away unchanged or for that matter indifferent. I find that it isn’t necessarily difficult for anyone to grapple with Jesus’ historicity. What sets Jesus apart is His deity. When it comes to defining Jesus as Son of God, there is no way around who He becomes to us. Even more so, when we naturally come to this conclusion, what will we do about it?

If Jesus was and is who He says He is, what becomes of our life?

More often than not, many separate “Biblical Jesus” from “historical Jesus.” The classification is very simple and simply comes back to my original point-deity. Historical Jesus is exemplified by His “natural” life, His youth, life and death. For many this coincides with any tangible traces or archaelogical evidence left behind. Many additional Roman texts reference Christ and while they might not go into great detail on His life, they are credible among historians in His existence. One well known account for Jesus is written by Roman historian and senator Tacitus. Tacitus wrote from an unbias place as he actually had a disdain for Christians to say the least. In his final written piece, Annals (written AD 116), he refers to Christ and His execution by Pontius Pilate. Scholars and historians both reference the work of Tacitus and establish it as having authentic, historical value as an independent Roman source.

Lawrence Mykytiuk, an associate professor of library science at Purdue University and author of a 2015 Biblical Archaeology Review article vouches for the historical passages written by Tacitus, saying, “there is no such indication of potential error in the passages that mention Christus.” In regards to archaelogical evidence, he goes on to say, “there’s nothing conclusive, nor would I expect there to be. Peasants don’t normally leave an archaeological trail.” Bart D. Ehrman, author of Did Jesus Exist? The Historical Argument for Jesus of Nazareth. was quoted saying, “The lack of evidence does not mean a person at the time didn’t exist. It means that she or he, like 99.99% of the rest of the world at the time, made no impact on the archaeological record.”

The above statement made by Mykytiuk is very interesting as a statement like this coincides much with a scriptural text made by Jesus Himself in the New Testament.

“And Jesus said to him, “Foxes have holes, and birds of the air have nests, but the Son of Man has nowhere to lay his head.” – Matthew 8:20.

Mark 6:3 describes Jesus as simply Son of Mary and carpenter as Isaiah says, “He had no beauty or majesty to attract us to him, nothing in his appearance that we should desire Him.” The truth is, in His humanity He was not grandeur with many earthly riches, in fact we see the exact opposite. Additionally, while many become frazzled by my use of scriptural texts for an article about the Christ, we have to in turn question the reliability of the New Testament. After all, it is the most in depth accounts of the one we call Jesus.

Crime scene detective and author of ‘Cold Case Christianity,’ James Warner Wallace investigated the four Gospels prior to becoming a Christian. As a devout atheist and skeptic he uncovered the historical reliabity of the New Testament and was quoted saying,

“As a skeptic, reading the gospels and investigating them for the first time, I decided to test them the way I would test any eyewitness statement. I used the same four-part template we use in every criminal trial. The Gospel eyewitness accounts passed the test, even though, at the time, I didn’t really like what they had to say. The gospels were written early enough to contain the actual observations of real eyewitnesses who lived and served with Jesus. They can be corroborated by internal literary evidence and external evidence from ancient, non-Christian sources and archaeology. The contents of the gospels haven’t changed over time, and the writers of the Gospels lacked any bias or motivation to lie about what they observed.”

At this point in the blog post, I feel that if I’ve only tackled this portion, there might be more skepticism than if I simply relayed the historical facts. There’s more to the Person of Jesus Christ than simply quotes from historians or apologists. Additionally there is more to Him than a quote from very devout Christians or our favorite thologians and pastors. For anyone to understand what following Jesus truly means, He would have to reveal His value to you in a personal way. While I pray this blog post aids in that discovery I speak from personal experience in saying that I wasn’t simply “looking for Jesus to become God to me.” That work was all His own and I cannot take credit for it. Scriptural Jesus makes some very heavy handed claims that are utterly outandish to an unbelieving ear. Those statements and claims rattle us in both awful and wonderful ways. Every audacious claim does something to us even if it leaves angry. What it does not do is leave us indifferent.

“Jesus answered, “I am the way and the truth and the life. No one comes to the Father except through me.” John 14:6.

“Jesus said to her, “I am the resurrection and the life.Whoever believes in me, though he die, yet shall he live,” John 11:25.

“Again Jesus spoke to them, saying, “I am the light of the world. Whoever follows me will not walk in darkness, but will have the light of life.” John 8:12.

“The thief comes only to steal and kill and destroy. I came that they may have life and have it abundantly.” John 10:10.

“And he began to teach them that the Son of Man must suffer many things and be rejected by the elders and the chief priests and the scribes and be killed, and after three days rise again.” Mark 8:31.

While I am confined to a blog post that is small in size but not claims, there is one point I want to drive home. Conclusions follow deductive arguments. Making a historical claim for Jesus is almost the easy part. Whereas making the claim for a personal Jesus as Lord & Savior always poses a bit of a challenge. They are treated as though they are mutually exclusive but in actuality they are not. If we truly dig and uncover the life and time of Jesus, a reaction follows. A blind faith is not faith at all, it’s a delusion. I believe in Jesus as historical figure yes, but I reverence Him as Lord and my everything. He isn’t a mere concept to me because He has graciously given me the gift of belief and also humble obedience. He isn’t cold or distant and when the historical evidence is true, those audacious statements made by Him in the New Testament must follow. It is very clear what Jesus came to accomplish and in that, John 15:13 sums it up perfectly. “Greater love hath no man than this, to lay down His life for His friends.” I serve Jesus not as a means to simply make me happy, I serve Jesus because He was and is real. I serve Him because His claims were true.

I can only hope and pray that His Father makes Him very real to you. Not just in concept but in the most tangible way possible. I pray He shakes you to the core with His truth and love. May they not ever be foreign to one another. May they be married in perfect union and may you be forever changed. All for His name, all for His sake, amen. 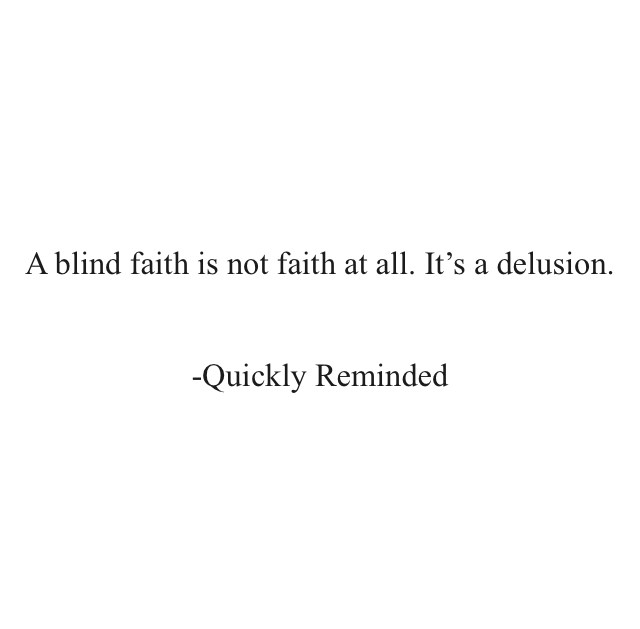 If you are looking to understand more about Jesus, the Gospels, and even the sources I sited, read below! Blessings!

What Other Proof Exists?

Mom & wife fully dependent on the good news of Jesus Christ seeking to equip women in the word. I choose joy in the midst of autoimmune disease, autism, and brokenness. Come join me as I am quickly reminded of the goodness of my Father through it all! View all posts by Quickly Reminded

Thank you for visiting Quickly Reminded!